Local and foreign talent: Singapore’s new legislation and the impact on recruitment 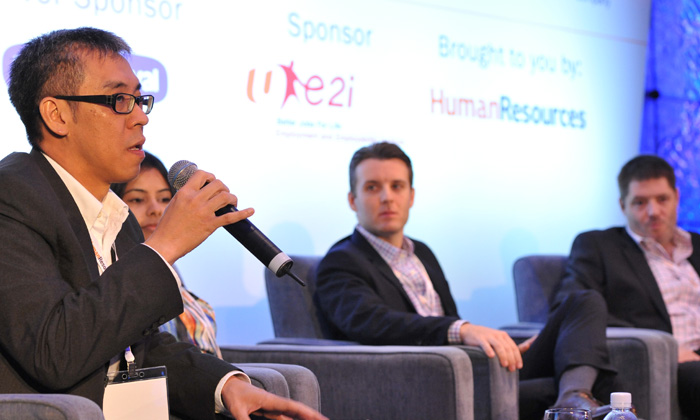 Singapore’s labour landscape has seen a number of government-driven changes in the past year, with the introduction of the Jobs Bank, as part of the Fair Consideration Framework (FCF) being one of the more major ones.

“We thought the new legislation would come with a lot of changes, but to our surprise it did not,” said Antoninette Louis, head of recruitment for Philippines, Singapore & Thailand at American Express, who sat on a panel at Recruitment Interactive 2014 on Thursday.

“The changes were more on the administrative side, in terms of things like audit processes; and not from a strategy perspective.”

Tignor, who has spent the last four years building up Stepan’s workforce in Singapore, said the company is currently around 90% local talent, “which is how we have been hiring since day one”.

The introduction of the FCF therefore hasn’t had a huge change on how they recruit, as discrimination hasn’t been an issue..

“There are cases when that is not going to be possible, especially in our chemical business which requires specialised skills, but for the most part, we have been able to bring in the right kind of talent locally,” said Tignor.

Ansell echoed this point of view, saying Singapore’s talent pool is made up of local staff as well as expatriates who have been based here, so Ericsson has been able to find strong candidates among this mix.

To add to this, Yeo mentioned the greatest benefit of hiring a local comes with their knowledge of the environment.

Impact of the Jobs Bank

The introduction of the Workforce Development Agency’s (WDA) Jobs Bank has been a “good source” of talent since its inception earlier this year, but the real question about its effectiveness will lie in what happens in the future.

Louis said one of the main things to understand about the Jobs Bank is that it’s not necessarily going to be where you might find all the ideal talent for certain roles.

“In the new legislation, you are making an assumption that the local population wants every job you have to offer. This was the greatest challenge we faced, that there are jobs which the local people do not want to do, for example, shift work,” she said.

“The WDA has been a very good source, but the real question is around how effective online job portals are in Singapore.”

This is because many job seekers are passive, and therefore job boards in general might not be the most effective way to connect with them.

“How successful the WDA is as a source, depends on whether we get enough people to post their resumes there.”

Tignor added leadership is one of the biggest issues companies in Singapore will need to contend with when hiring.

“Some positions tend to be filled with foreigners, for instance, any major project-manager type roles for high-value projects. This links to the question of leadership skills in Asia, which CEOs say is one of their biggest challenges.”

He added that there is a belief the new legislation could be viewed as government lip service, though not in a “necessarily negative way.”

“The issue is going to be about the control that Singapore has on foreign talent – the crackdown on work permits and salaries, and on what level. Is there going to be a step two?”

Louis concluded the discussion: “What we need to focus on is that all hires feel they are getting equal opportunities. Internally, our expectation of work is the same for everyone, irrespective of anything else happening around us.”